5 Tech Disruptions That Will Change The Way You Buy Insurance 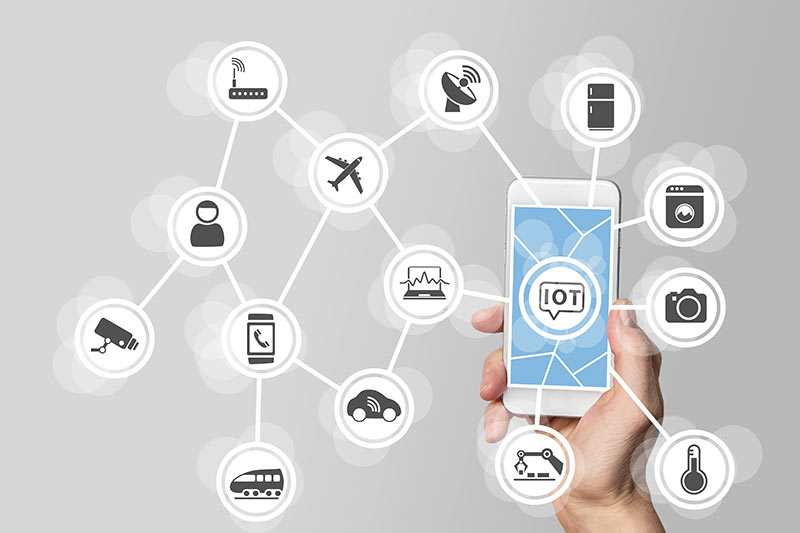 The insurance industry is nothing like it used to be. These days, you can buy the insurance and be approved within minutes, without ever seeing an insurance agent. But the changes are bigger than just being able to purchase insurance online; they also mean being able to buy the right policy, at a much lower price:

Tech disruptions and their impact on you
With the Monetary Authority of Singapore (MAS) putting its weight behind Financial Technology (FinTech) developments, the way you buy insurance is going to change. You can now buy policies faster, at your own convenience, and at a more efficient price; and over the next decade, the situation will only improve. Some of the key disruptions to watch for include:

The Internet of Things (IoT) refers to the increasing number of objects – which range from freezer boxes to cars – being accessible via the internet. For example, Ford is working on a way for car owners to control their vehicles via the internet; this would let them drive and park their vehicles from a remote location.

As part of Singapore’s Smart Nation initiative, we’re also seeing the development of smart homes. Residents can control functions like air-conditioning or locks from their smartphone, and also view the interior of the house even while abroad. The implications for the insurance industry and your premiums are both positive.

IoT means that home owners can get immediate notification of events such as fire or flooding (more advanced systems, which we’ll see in the near future, can also be warned of mold or potential electrical failures). IoT also means heightened security, as you’re able to monitor your home from your smartphone.

Some insurers abroad are already subsidizing smart home insurance, and the development of such properties seems to be an inevitable trend; smart cars are likely to follow next, with similar results.

While you’re waiting for the smart home revolution, however, there are existing policies that can protect your house at a reasonable cost. Hong Leong Assurance Singapore, for example, provides home content insurance that pays out up to $300,000 for your furnishings and belongings. It even includes coverage from theft if someone breaks in, and a daily allowance if you need temporary accommodations (in the event of a fire).

Insurers employ underwriters to calculate risk and determine insurance premiums. However, a new disruption is emerging in the form of Artificial Intelligence (AI) underwriting. AI underwriting means the risk calculations are done by computers, which may be faster and more precise.

For example, there is now an AI underwriter that can determine your life expectancy with a single selfie. Through the picture, the AI determines features such as age, Body Mass Index (BMI), and other health factors to work out the correct premiums. Of course, AI underwriting is not restricted to just health insurance.

Just go to Travel Protect360, and you can get coverage right before you board the plane. You may even get access to Changi Airport lounges for free if you take a Multiple-Trip Plan with them.

This is often mistaken to mean that, when you make an insurance claim, only computers (or “bots”) are involved. Actually, human beings continue to be involved in the claims process, as most insurers know they need to be flexible. What AI claims processing means is that certain types of back-end work are taken over by computers.

For example, when a claim is made, the insurer needs to check the dates when a policy is valid, what level of coverage was purchased, which riders or exceptions are involved, and so on. This involves a lot of straightforward yet time-consuming paperwork. Rather than relying on human workers to sort through it, computers can process it the moment a claim is made.

If there are complaints or protests, a human agent then steps in and makes exceptions as needed. AI claims processing allows for an “omnichannel” approach – policyholders can make their claims via their smartphones, physical visits, an actual phone call, etc. and still get their claims processed at the same speed. It’s quite likely that, within a few years, most policyholders would avoid insurers who don’t adopt this approach.

Singaporeans are busy people, and most have no time for filling forms or going to the insurer’s office. Hong Leong Assurance Singapore currently has one of the quickest claims processes in the market. You can enter a claim via their online system at any time of day; it doesn’t matter even if you’re overseas and in a different time zone.

The era of “one size fits all” policies is coming to an end. Advancements in FinTech mean that, soon, policyholders may be able to customize their insurance to fit exact needs. Already, some local insurance sites now use Wizards, which ask a series of questions such as “What school will your children go to?” or “When do you want to retire?”, and then suggest an appropriate policy.

With better automation, insurers will soon be able to offer policies that let you add or remove certain components. For example, if you intend to retire later (e.g. you own a business and run it yourself), you could tweak an insurance policy to provide lower payouts past the age of 62, thus saving on premiums.

You’d be able to do this even on your smartphone, without needing to speak to an actual insurance agent. We’re still a few years away from this (government regulations need to adapt to it).

But you can at least get custom-made insurance for businesses, which is tailored to your specific company. Speak to Hong Leong Assurance Singapore, and they can put you in touch with an expert.

Blockchain technology will impact the way you buy insurance and the approval process. In the old days, if you wanted to buy a policy, you would need an agent to act as an intermediary. In the background, there would also be lawyers drafting the relevant contracts, which you’d need to sign.

Verifying that you’re a policyholder (such as when you make a claim) was a long drawn out process, and also one that’s slightly unfair to you. After all, if an insurer decides you don’t have a policy – whether by accident or deception – there’s not much you can do besides to sue. Blockchain technology can make the transaction more equitable, while at the same time removing the need for middlemen such as law firms.

With blockchain technology, the contract is instead mediated by a network of computers (it’s like the Peer-to-Peer networks often used for gaming or file sharing). For a contract or transaction to take place, every single computer on the network must verify it thereafter, every involved computer will record the deal.

This means that neither party can cheat on the deal, as there’s now a record made by several hundred thousand “witnesses”. If someone were to try and hack the system, such as to change the data, they would need to break into every single computer on the network; a highly unlikely feat.

The end result is that you can buy insurance policies online, quicker and at lower prices; and it would be almost impossible to cheat you.

Why Work Injury Compensation May Be Insufficient For Your Business in Singapore
November 23, 2016